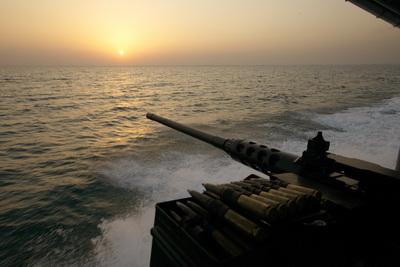 We had a usual routine of photo assignments that we (Marketing and Media) performed for the US Army department of Morale, Welfare & Recreation in Kuwait. USO tours, sports tournaments and holiday events. But the Comics on Duty Tour II turned out to be a lot more than the usual meet & great and performance shots.

The day before the tour was to arrive,  our boss, David Elliot, had an unusual request and asked the photo staff if anyone was game. We had a request to accompany the comedians on a tour of the Persian Gulf around the Kuwait Naval Base in a Navy patrol boat.

Now, understand that I and my team are all civilians. We never get to ride in humvees, army trucks, helicopters, etc. I was instructed by the base commanding Lt. Col. that military equipment was not for civilian joyriding, they were serious tools. So an opportunity to ride in radical machine gun armed patrol boats in the same waters as the testy Iranian navy was really up there on the cool-o-meter.

I held back from volunteering at first because I was then newest photographer in the group and figured the other guys would take first dibs at this outstanding opportunity. What, no volunteers? Seriously, the other photogs were not interested. So I was all over it, but beginning to wonder why they were so reluctant.

So the day came and I tagged along with the Entertainment team to Kuwait Naval Base (Camp Patriot on the American side). There were four entertainers, so they split us up into two boats. I was to ride along with Tim Foss and Rodney Laney. So on we went, just the comedians, their personal security detail, some Army tag alongs, the crew and one photographer.

Once we got going Navy personnel explained that we needed to keep a three point stance at all times: two feet and one hand firmly planted at all times.  Photographing one handed on choppy water was challenging, not to mention making sure all the gear actually stayed on the boat. Explaining that I left my camera in the Persian Gulf would not go over well, or look good on a resume. 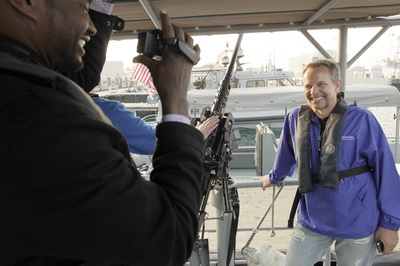 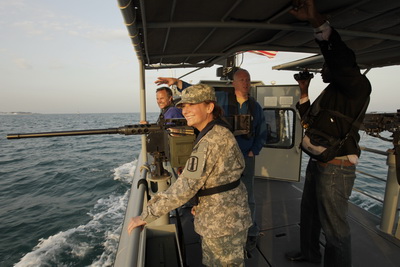 Happy faces early in the patrol. Bouncing along at 40 knots would soon wipe the smiles off. 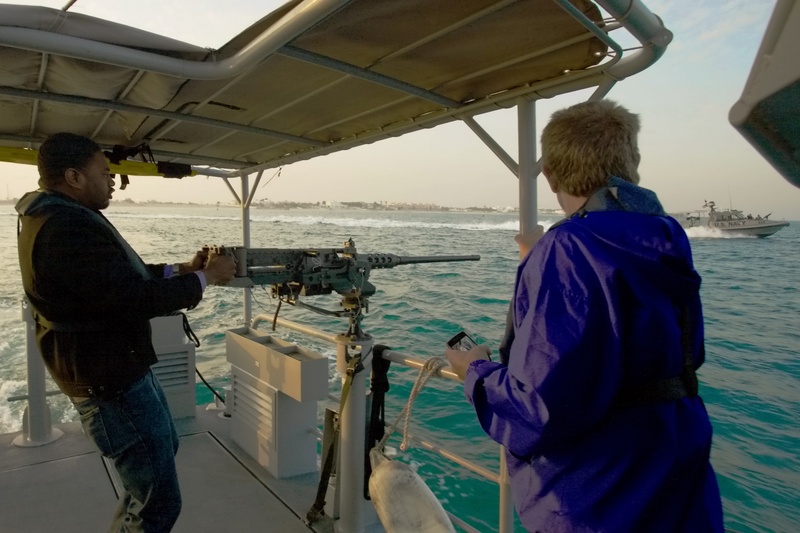 Rodney Laney points the 50 cal at our companions.  Who's idea was it to leave heavy machine guns with loaded amo boxes where comedians could get at them?  Navy crew members assured me they had it under control. 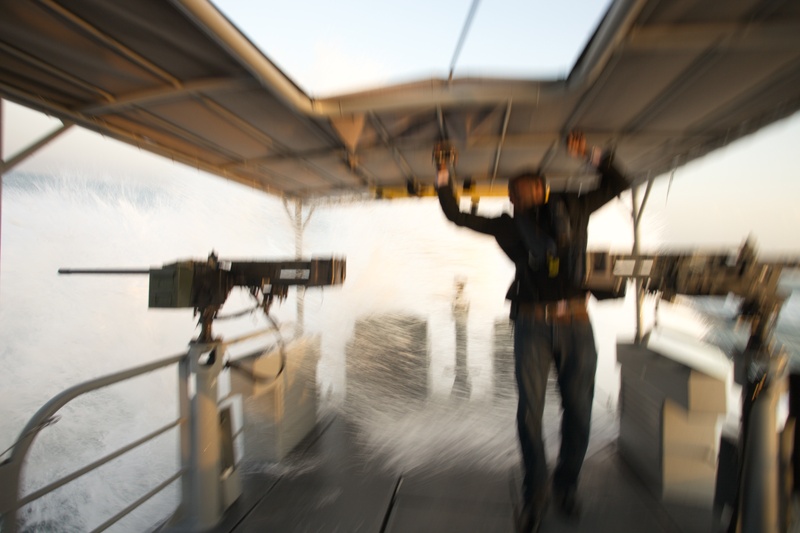 The Navy crew told Rodney to hold on with both hands, but not why.  They proceeded to demonstrate the wave that comes over the stern wnen you reverse the engines at speed. All the 'civiews' on the aft deck got soaked. 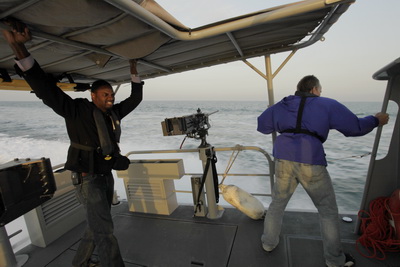 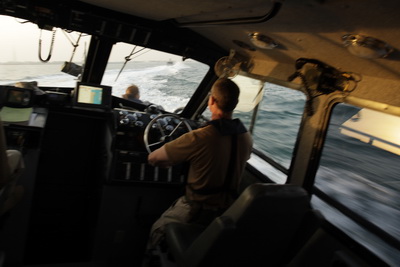 We spent a lot off time chasing the other boat, usually at odd angles to the horizon. 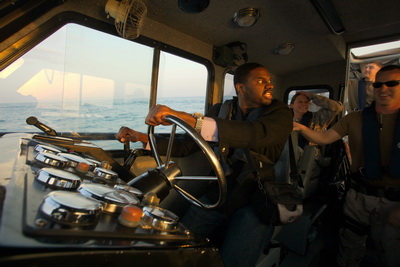 Rodney Laney at the helm.  They were actually daring him to go faster. 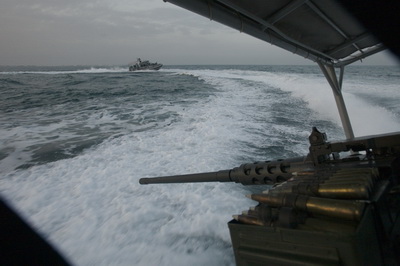 Heading back at dusk, our sister ship in our wake. 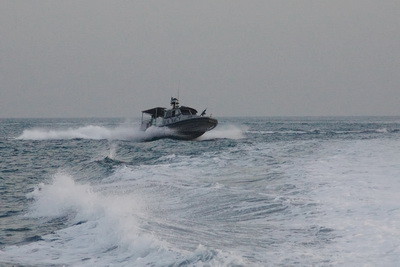 Our sister ship cutting across our wake at speed.  We took turns doing this. It was quite a thrill to feel the boat get airborne! 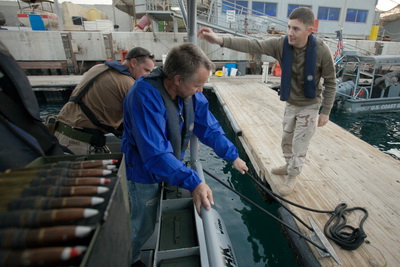 Tom Foss steps with wobbly legs back on the dock.  45 minutes of this was plenty.